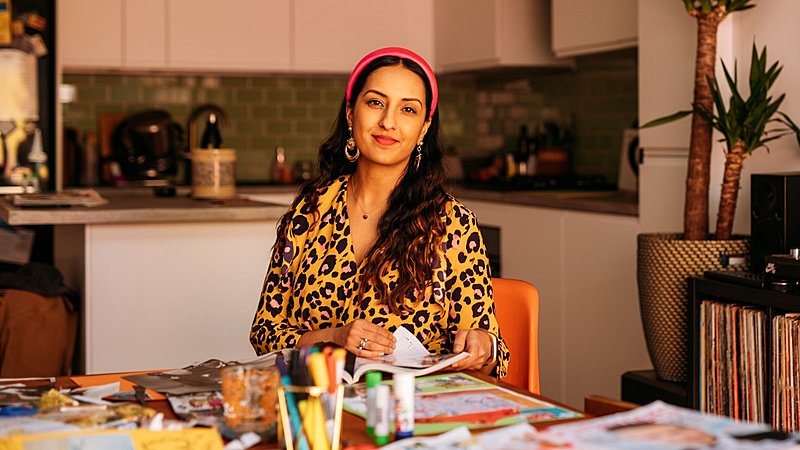 Life coach lessons: Why emotion, and not logic, is your key to success

Sadia is a Bristol-based career and leadership coach that helps individuals, and organisations, enhance their performance and wellbeing strategies in order to achieve goals, dreams, and aspirations. She is also one of our lovely Yuup hosts with a masterclass in self-actualisation through her vision boarding workshops.

She took the time to speak to us about her journey and role as a coach, the self-created hurdles that stand in the way of success, and how emotion and not logic can help achieve your dreams:

So how did you discover vision boarding?

"I first came across vision boards at a leadership retreat that I was lucky enough to go on when I was in the corporate world and it had a big impact on me- I think I actually cried.

"It brought up a lot of things to the surface and I loved it, but it was also quite emotional.

"I do this practice every year, so when I trained to be a coach it was something that I kept leaning towards. I think it’s a nice creative way of shutting off your logical and rational brain and seeing what you really want to achieve so I integrate this into my coaching practice."

Wait a minute, logic won't help me achieve my dreams?

"So what I do is I help people tap into that said of their brain, and then towards the end I get them to use their rational brain to start to think of how to to make this real.

"I help people harness their emotions for their own advantage. I think in this modern world we’re told that our feelings are bad, that we shouldn’t have certain feelings, and we shouldn’t be emotional or sensitive. There’s a lot of negativity around that and I want to flip it on its head; a lot of the women I coach have such strong empathy and amazing skills such as sensitivity. These emotions are seen as fluffy and soft, but it couldn’t be further from the truth." 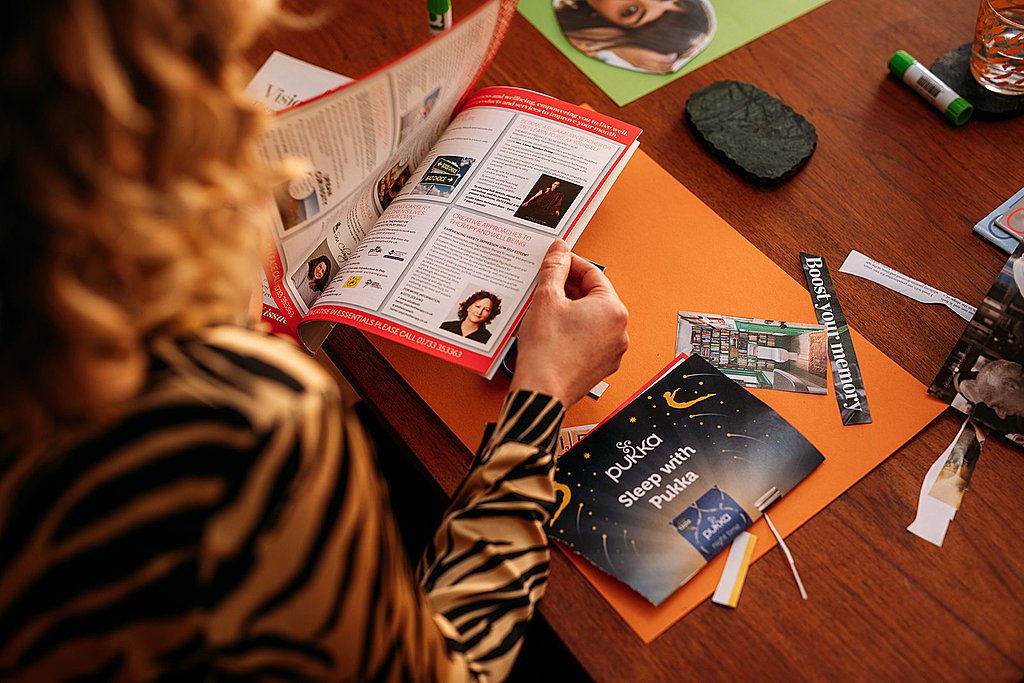 "These are powerful skills that not a lot of people have and I think going into the future that’s going to be more and more important to us. We have AI and automation that can do the rational and logical, but being a human being and having the whole gamut of emotions and feelings that we have, that’s unique to us as a species and I think it’s important that we harness that and leverage it to our advantage.

"And that’s what I try to do with coaching and also with the vision board workshops.

"It’s getting people to think in a different way and to flip their thinking about certain aspects of themselves that they might have disowned or considered to be weak."

How did you get into this kind of leadership coaching?

"There was no direct path here, but in my corporate role I was coaching my team and helping them leverage their strengths and what I was doing naturally, without knowing it at the time, was using positive psychology interventions. It came intuitively to me. I wanted to work in learning and development but kept coming across blockers."

Seeking out a professional coach, Sadia sought to find out from a client’s perspective whether coaching was the right career path for her to follow. She found a coach, explained her aspirations, and after the first session she handed in her resignation and signed up to a coaching course.

“It was exactly what I needed. I needed to invest in myself and it was scary but transformative.”

Sadia continued studying coaching and building her coaching practice whilst working in leadership and development in a full-time and corporate setting. Then the universe decided to remind her of the promise she’d made to herself to become self-employed. Following furlough and redundancy, she took her practice full-time and has not looked back.

“The biggest challenges, when you reframe them, are opportunities. The pandemic was a blessing in disguise, but there had been a part of me playing it safe. It was scary and difficult to get to where I am now, but I’m glad I did it.

“It’s important to trust ourselves and we’re not really taught how to do that.”

What sort of people go to you for coaching? 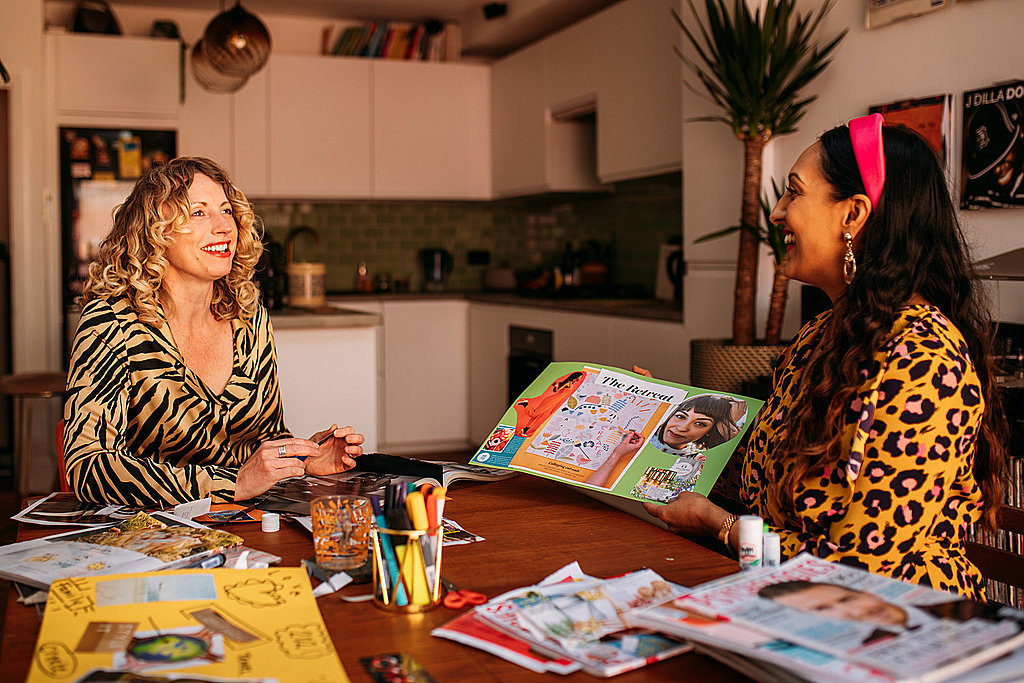 "I work mainly with professional women who I would say are in the corporate space.

"The majority are women, and they’re women that are going through some kind of career transition.

"They’re either looking to find a fulfilling career because they’ve climbed the corporate ladder and realised that where they are at is not what they actually want. I also work with women who may be going through redundancy or some crisis in the workplace and they want to make a change. My third type of client is somebody who’s looking to explore their leadership and are navigating new ways of working and are unsure of how to go about it.

"At the moment I am working with a lot of women from Facebook globally, so that’s really interesting seeing the things that are coming up for them.

"I’ve worked with students and did something with the University of Michigan not long ago, and I am starting something with future world leaders that attend Schwarzman Scholars college in China where I will be coaching them on their leadership."

What is often the thing holding people back from achieving their dreams?

“A behaviour that is really common, especially amongst women, is perfectionism. Once we start going deep and excavating we see how much this perfectionist habit is stopping them in lots of different ways in their lives, relationships, and work.

“I also teach self-advocacy. When we look at a client’s journey we often see that they don’t actually stand up for themselves or share the brilliant work that they are doing. They then develop the courage to start advocating for themselves.

What can people expect from your vision boarding and coaching workshops? 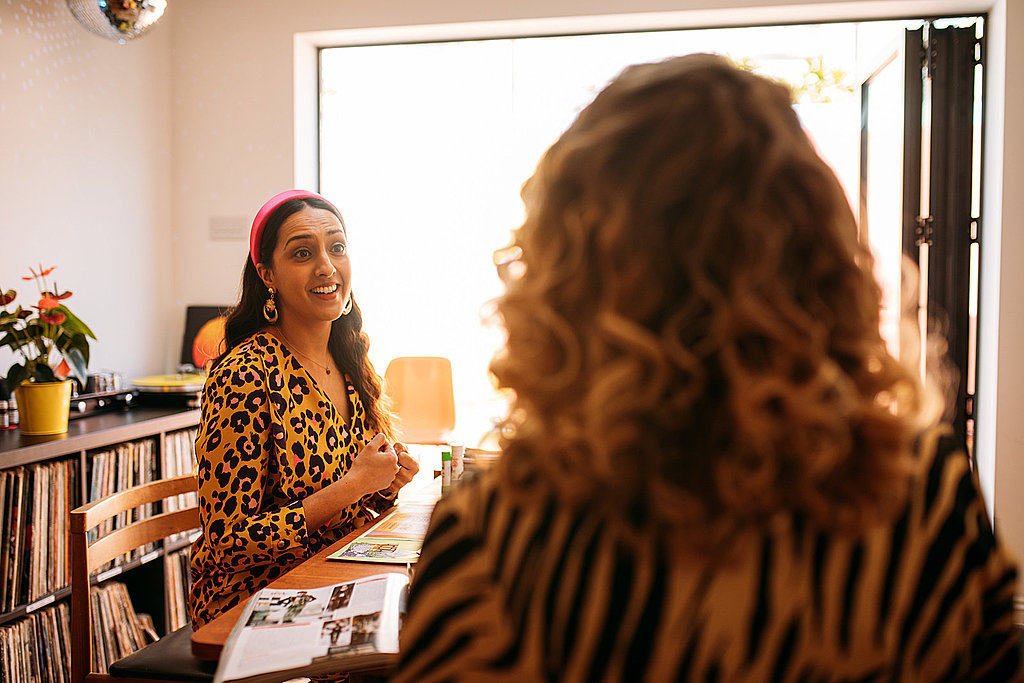 “It lends itself to my practice, that’s how I show up. A lot of people would describe me as calm and wise, and through my coaching sessions I connect to the other human being, get rid of that exterior baggage and labels, and connect with them.

“We don’t spend enough time on self-reflection and actually coaching is a very reflective and introspective process. I act as a mirror in these sessions and might present things from a different angle that they might not necessarily have gone themselves.

“Let’s be honest, we don’t want to delve into that level of deep self-inquiry and will let ourselves off the hook. As a coach, I won’t do that and I will gently challenge.

“One of my favourite quotes from my background of Sufism and it’s from the poet called Rumi: How will your mirror be polished if you are irritated by every rub?

“You’ll never be polished if you’re irritated by every rub, and sometimes being a coach I’m the catalyst and I can be the rub and I’ll do it gently with permission so that you can shine brightly.” 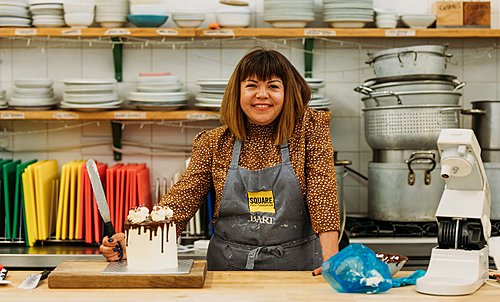 We’re very excited to have a special free experience for Mother’s Day with Bristol’s Bake Off champ and Yuup host, Br... 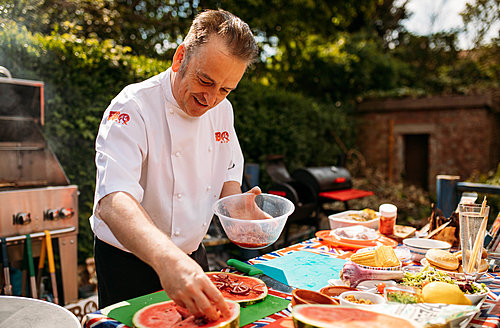 7 food and drink experiences you won't want to miss

As Bristol restaurant welcome people back inside, we’ve got lots of food and drink experiences you won’t want to miss...

Want inspiration in your inbox?

Keep up to date with the latest experiences to enjoy across Bristol.