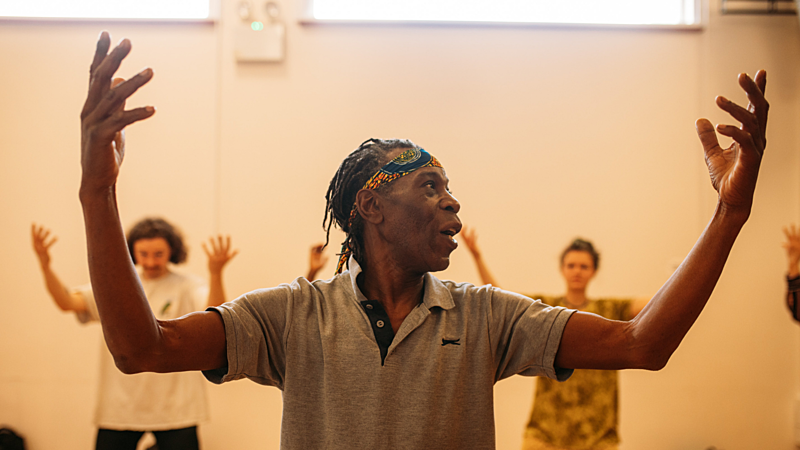 “I’m not even supposed to be here, it’s a miracle that I came off the streets,” said Rubba as he explained how dancing saved his life.

Norman “Rubba” Stephenson had always been a dancer, but it wasn’t until he discovered traditional African dance in his 20s that his life took him on a whole new path.

Born in Jamaica, Rubba left the island in the ’60s and found himself homeless. He laughed as he noted that he’d been a “naughty boy”, but it was finding the healing influence of traditional dance in 1977 that led him to take his dancing professionally.

“I’ve not looked back since,” Rubba grinned, “I’ve had a great career! I’ve toured professionally and toured half the world and I’ve done all those things that artists want to do when they want to be successful.” 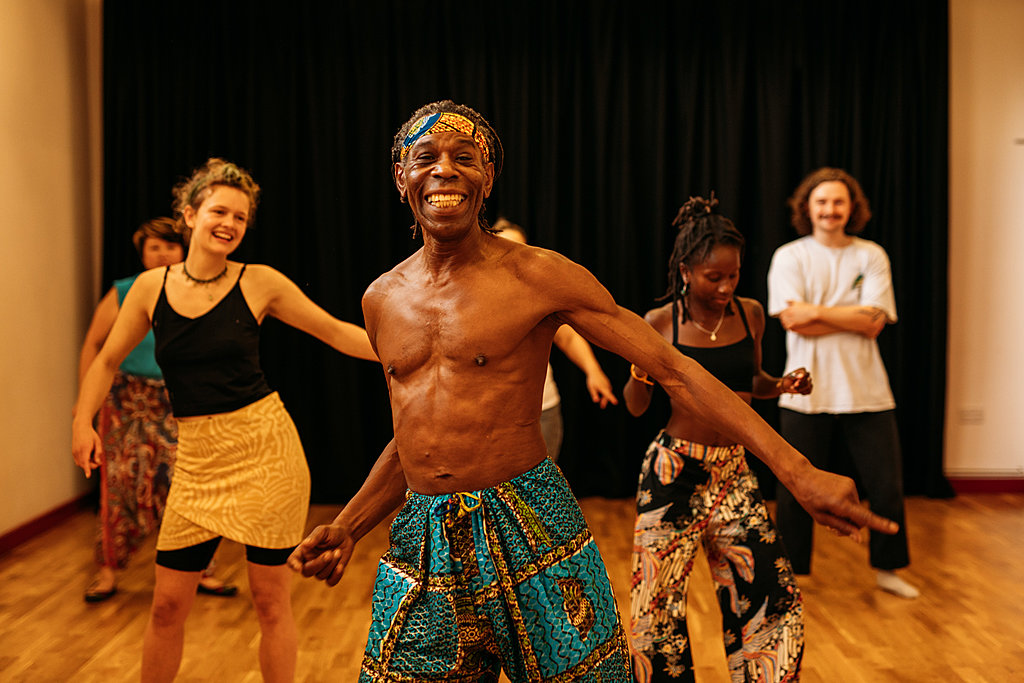 For the past 45 years, Rubba has been dancing and teaching West African dance to adults and in schools. He shares traditional dances and music from many different countries from within Africa including Ghana, Nigeria, Benin, and the Ivory Coast.

“After 45 years in the business, I have created something unique to me and it’s something that I want to leave to others. That seems to be my next journey, passing on what I know and leaving something at least.

“I’m in a different stage of life now. I’ve brought back everything I’ve learned to Bristol and I want to build it up in this community here. It’s about continuing what I do and I’m focusing now on a legacy.”

The uniqueness of African dance and passing on healing energies 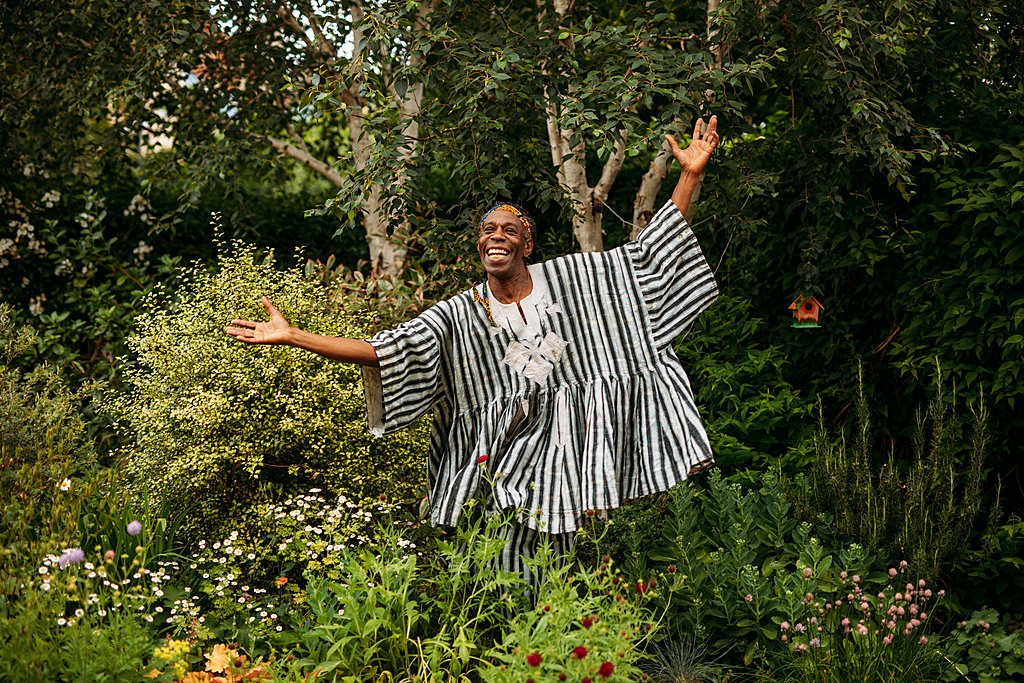 For Rubba, and the people that come to his classes, there is something special that sets traditional African dance apart from other forms of dance. As Rubba speaks about his art form you understand that one can experience euphoric energy and a feeling that's almost like poetry in motion when taking part. What is special is that the drums combined with dancing help to articulate and express buried emotions that may not come to the surface so easily.

"My dance, I believe, is unique to most dancing," smiled Rubba, "I’m not going to say that it’s better than this or better than that, but there is a uniqueness to this dancing in how it serves the human body, mind, and spirit.

"There is a vibrational connection in it that is unique, and I can see why people say we all come from Africa." 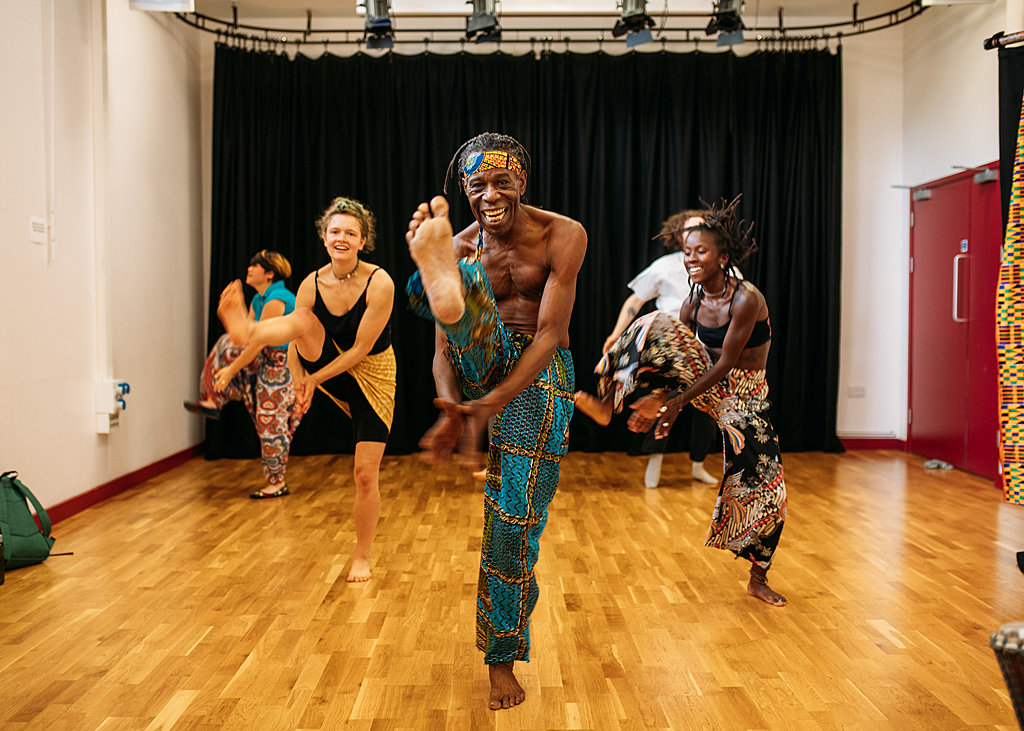 "It’s absolutely what human beings need. People feel rejuvenated and alive- that’s what my class does for you."

Rubba's passion for sharing his art form runs deep. Having seen his life change before his eyes as he welcomed the potential and energy found through traditional art practices, his purpose now is to bestow that knowledge and those gifts to others.

"This work for me, it’s not about entertainment. It’s a mission that was born from my own ignorance. I grew up on the street and I was homeless, but I could dance. I got the nickname "Rubba" from my dancing when I lived on the street, and then I found African dance and it changed my life really." 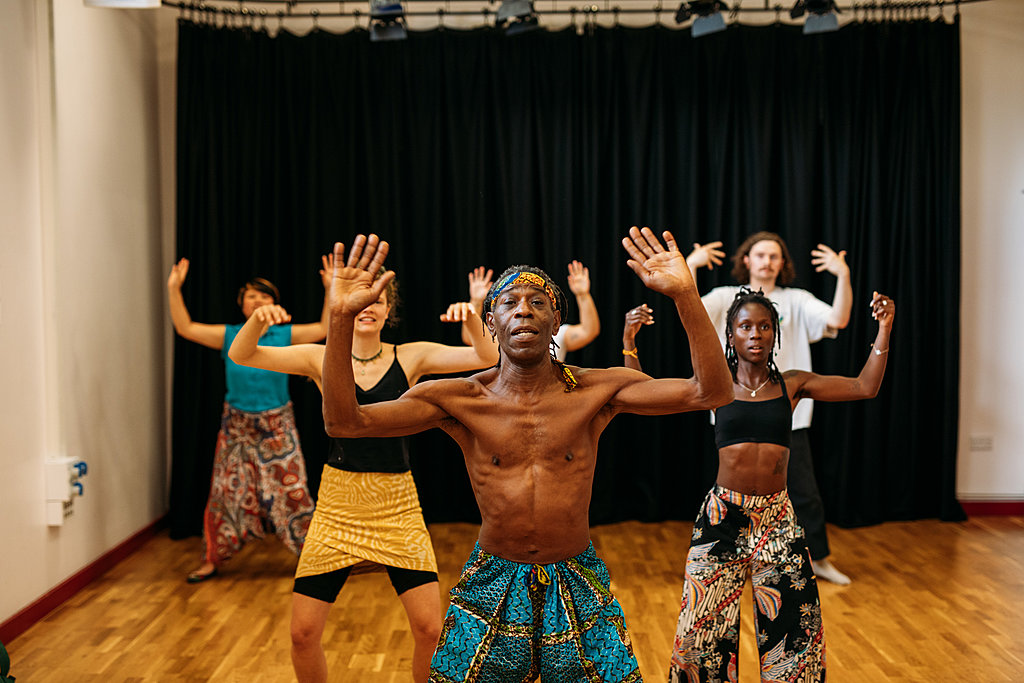 As part of his mission to share the healing potential of traditional art forms, Rubba is the project leader of Mama Africa. Mama Africa is an online Black history resource that is made up of a collective of creators and artists, and the team are making preparations to bring this work into schools.

Rubba has led similar projects in the past and teaching Black history and culture to younger generations is where his heart truly lies:

"My work’s not done, I have some programmes that I want to bring back in person. Since Black Lives Matter I think the atmosphere’s changed and people need it more now than ever. I try to do as much as I can in my small self, but I’m no big organisation.

"I am doing my little bit in my corner to try and maintain and retain the beauty of this form of expression. It’s something that I love doing and won’t stop doing. Even if I get one, two, three people- I’ve done a good job." 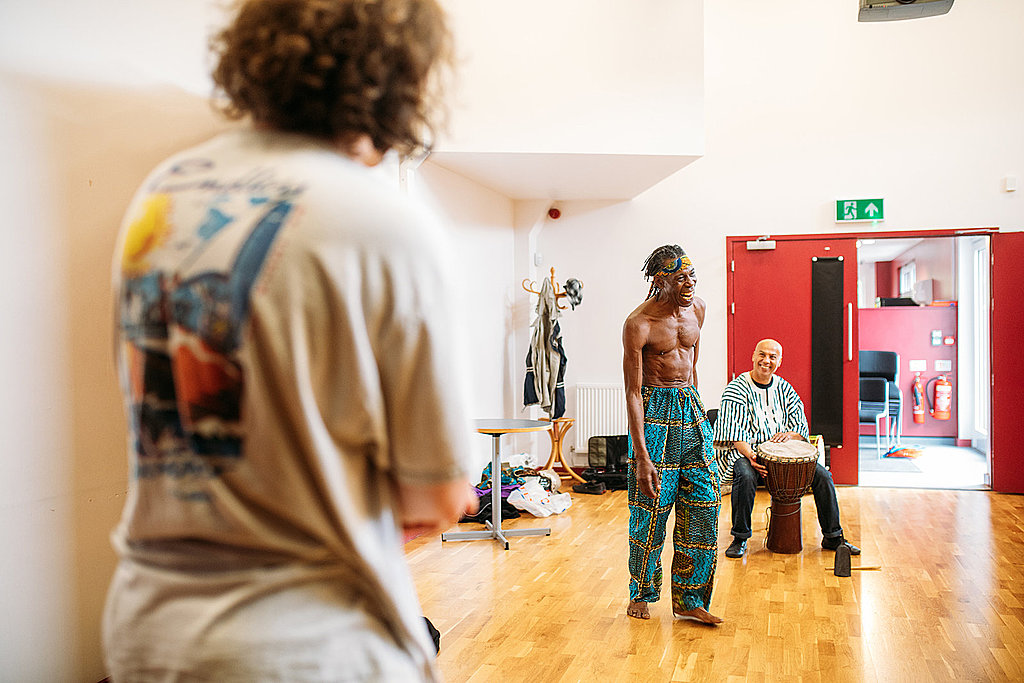 In the quiet and leafy suburb of St Werburghs, you'll find Rubba spreading the teachings and healing energy of traditional African art forms in the community centre.

If you're a local of Bristol you might recall hearing the rhythmic drums and feeling the energy of Rubba's class drift over the busy streets of Stokes Croft. Now he's relocated to the tranquil space of St Werburghs, a peaceful oasis in the heart of a bustling city.

When you walk around St Werburghs you feel a sense of calm and connection to nature that fits perfectly with the teachings that Rubba shares. The area has a unique atmosphere that lends itself to feeling reflective and conscious, and this is what Rubba's experience is all about.

It is in this space that Rubba works to share the healing power of traditional drums and dance. He spoke of the unique frequency and vibrations that traditional African music has and how you can feel a connection to something powerful and indescribable when you listen:

"This is what I want to pass on in a sense. These things are very important for connecting the human being to one’s proper self. The more traditional things such as this dance are lost, the more we are losing ourselves.

"I’m so fortunate that I’m still here. I’m not even supposed to be here, it’s a miracle that I came off the streets and so that’s what gives me the joy, the passion, and the mission to share this art form with others and children.

"I’ve had affirmation that I do serve a lot and I’m important to people’s lives here in Bristol and I’ve learned things that are so beneficial. Now I want to keep going and do the best I can to pass it on." 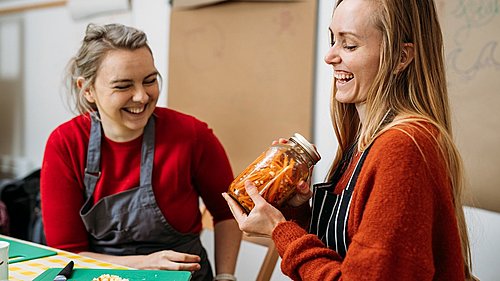 5 tasty foods to improve your gut health and gut bacteria

A happy gut with diverse gut bacteria boosts your immune system and your mental health! 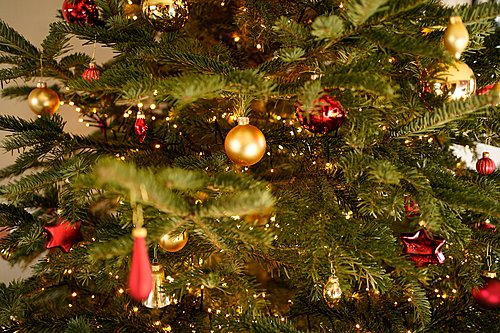 As many of us venture out to find our Christmas tree this weekend, why not support a small business as you pick...

Sign up to our newsletter to receive a £10 off promo code towards your first experience if you book before 31 July 2022.