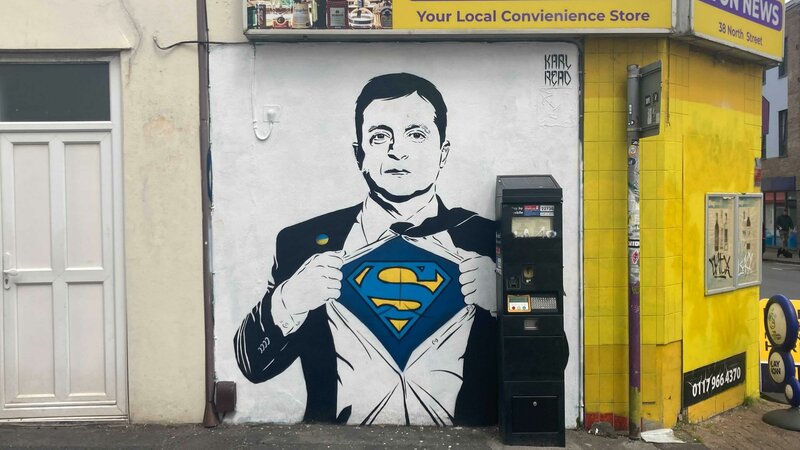 Upfest 2022: Artists share the stories behind their murals just finished in Bedminster

Thousands of visitors from across the world visited Europe's largest street art festival this weekend in Bedminster.

Upfest, Bristol's annual street art festival, has estimated that around 50,000 people joined in the festivities to celebrate 15 years of Upfest over the two days at Greville Smyth Park.

Visitors watched as up to 400 artists live painted murals at the free art festival and there was live music, plenty of stalls, and activities such as a graffiti workshop hosted by Graft.

Upfest started at the Tobacco Factory 15 years ago and was a much more modest affair with around 40 artists and 40 visitors, it has since grown to be the largest festival of street art in the whole of Europe.

In the lead up to the festival, Bedminster has seen its familiar streets get a bit of a glow-up with 80 murals being painted over the past three weeks.

This mass project started on 5th May and concluded on 26th of May ahead of the Upfest weekend celebration. It saw buildings across BS3 take up a fresh lick of paint to create a Bedminster-wide public art gallery for residents and visitors to enjoy until next year's festival. If you want to discover the hidden corners and secret stories behind the artworks of Bedminster, join the Upfest stories and street art walk with the team behind Upfest festival from £10 a ticket.

We contacted some of the Upfest artists to find out more about them and stories behind the lastest murals adorning the streets of BS3: 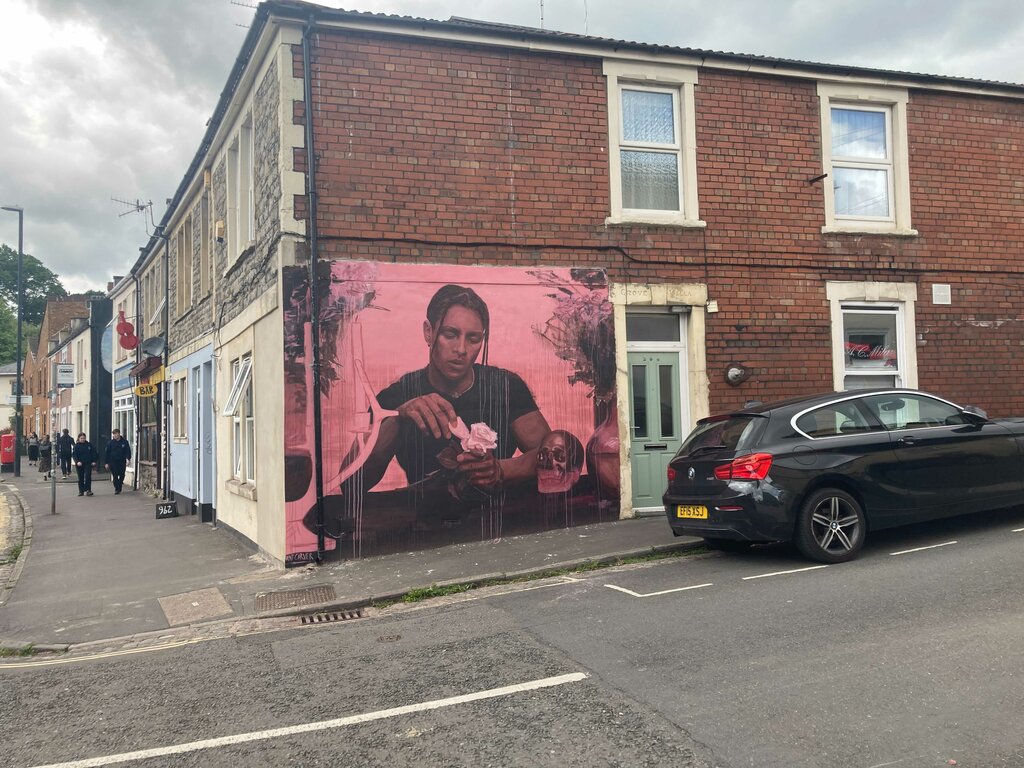 'Love Me/Love Me Not' is an exploration of grief and loss by Ant Carver.

Born in 1991, Carver studied fine art at Oxford Brookes and now works from a studio in Whitechapel. He started doing graffiti 16 years ago when he was 14, drawn to the freedom of painting wherever he wanted.

For the past 10 years, however, he's been doing legal murals and there's a different drive behind his mural work to his earlier graffiti work:

"With murals, I like the challenge of trying to produce work on a larger scale in a much quicker time than when working in the studio.

"I also like that anybody can view street art. Sometimes galleries can feel restrictive or unwelcoming, whereas street art is free for anyone to view and become interested in. Also, I enjoy the public interaction you get when working on the street."

His work explores his own personal life experiences, most recently his work has reflected his journey through, and reflections on, the loss of his best friend Oli to a brain tumour at the age of 26. This piece found on Ashton Gate Terrace is part of this ongoing study. 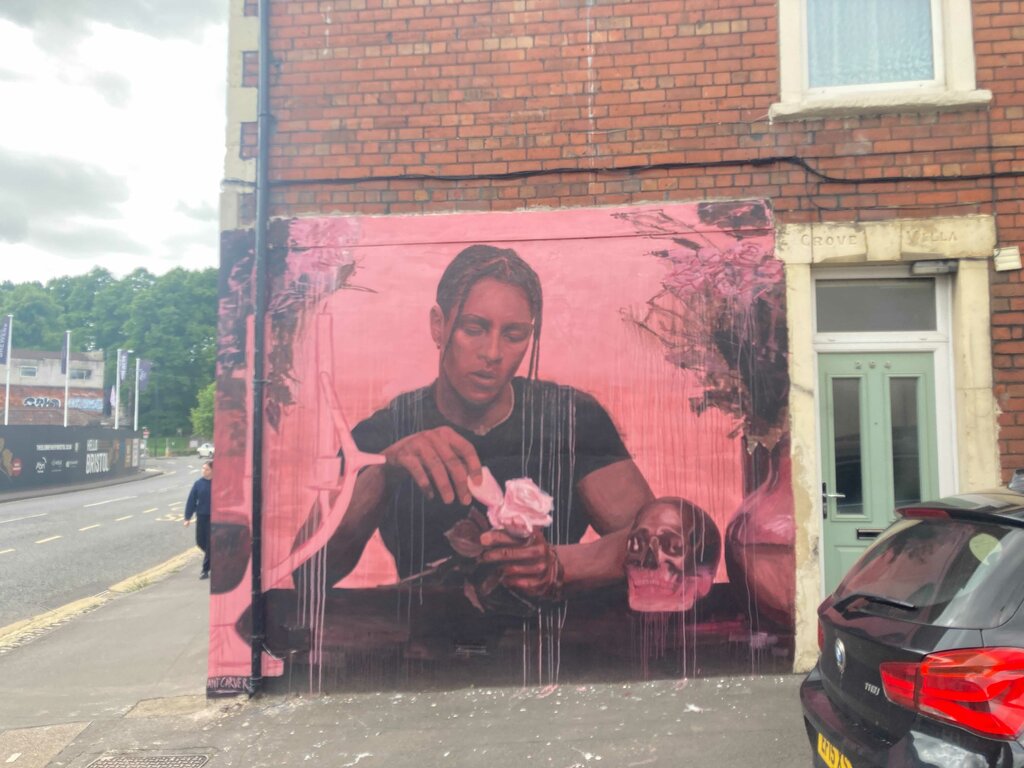 "My piece for Upfest 2022 is part of a series of work that I’ve been producing for the last 18 months in the build-up to an exhibition I have in September (In Peckham at Copeland Gallery 7th - 12th September).

"The work explores themes of grief and loss and came about after my best friend died in 2019 at the age of 26 from a brain tumour. I wanted to produce work that could help me express and explore how I felt about everything that had happened.

"This specific painting is called ‘Love Me/Love Me Not’ and features symbolism that represents the different elements of grief. The skull represents life and death as well as the flowers.

"The one lit candle and the one blown out one represent the passing of time. This mural also nods to other types of loss with the pulling of the flower's petals.

"This is the first time I’ve painted a mural in this monotone colour style."

This playful mural invites the viewer to get involved with the art directly. Instructions on how to uncover the secret message can be accessed through a hand-painted QR code, and decoding the hidden message is part of the playfulness of the piece.

Castro Sucre explained that her mural of a young girl drawing is all about "being present in the moment and looking at the world with the wonder of a child's eyes."

She explained: "The inspiration behind this part came from my dad, who planted the idea of a stereogram mural several years ago. My hope is for viewers to take an extra minute to try and see the hidden message.

"In our current society, we place too much value in immediacy. By taking an extra second, and expending a little extra effort, we can find new meanings in what lies in front of us.

"This mural is an interactive piece, where the audience completes the artwork. The whole point is to try. So when viewers take an extra moment to let their eyes adjust, they may encounter a fun surprise!"

Daniela de Castro Sucre is a Venezuelan muralist, fine artist and designer based out of Florida. She has been a muralist for five years after falling in love with large-scale painting with her first small mural in 2017: "Scale is a fun element to play with, and murals offer many challenges that are very appealing to me as an artist."

In her 2019 Ted Talk, The Power of Street Art, she described art as a universal language through which people can connect and understand each other. She considers street art to be an accessible extension of that universal language, and with a reach to a much wider range of people and with a language which is at once local and universal.

She explained: "Public art doesn't belong to you, you cant take it with you to your next exhibition. It belongs to the surface it’s painted on and to the people who see it every day."

Free the Galgo by Victoriano - @victoriano_official 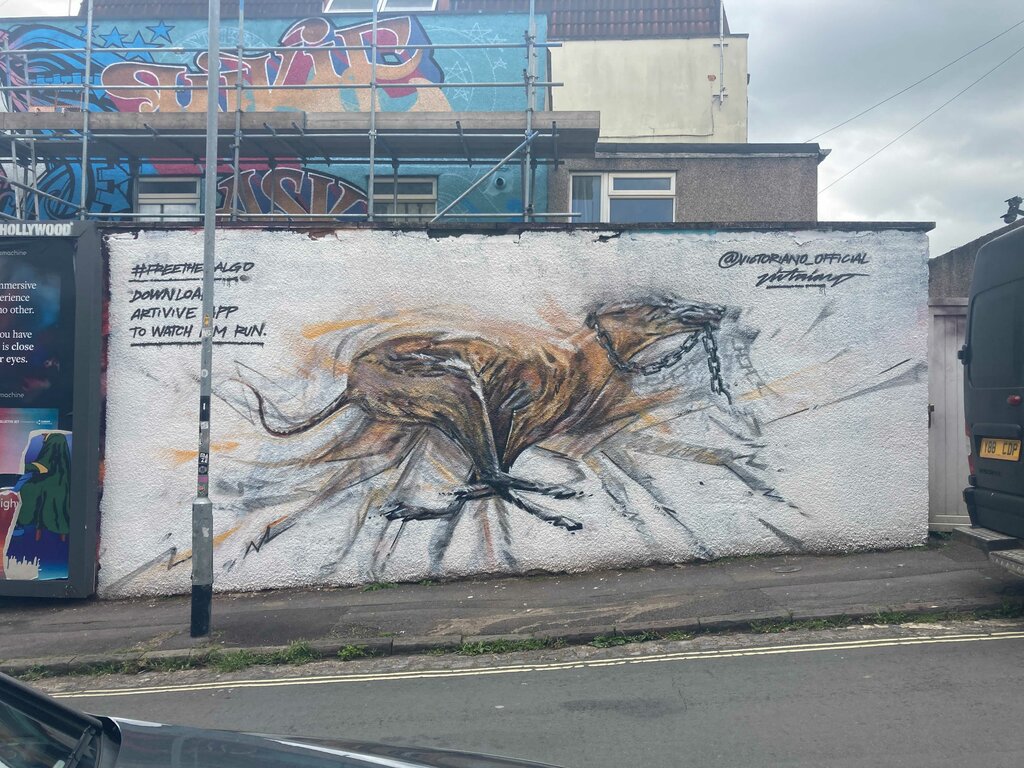 'Free the Galgo' on North Street is by international mural artist Victoriano and features a running greyhound with chains between his teeth. This mural is incredibly unique as it is an augmented reality art piece, and viewers can see the greyhound or 'Galgo' running free when they download the Artivive app on their phones. This is Victoriano's first augmented reality mural.

This mural was created over a number of days and is made out of 10 paintings in one. Victoriano would complete one painting before partially painting over it in order to start the next segment. These segments were then pieced together to create the finished animation.

Victoriano was born in 1981 in Spain, and this piece is inspired by greyhounds (Galgo in Spanish) from his home country. He said:

"They are very noble and beautiful creatures but tens of thousands of them are killed in Spain every year. Since they are used for races, running after rabbits, and hunting- most of them don't make the cut and are either abandoned or killed.

"The ones that make it live a bit longer but usually have severe consequences too...

"In Spain, they are not yet considered pets as much as in other countries. I thought the piece will be relevant in the UK, as there is a greyhound racing industry and a growing number of people adopting them."

The greyhound featured in 'Free the Galgo' is modelled after Victoriano's own dog Token.

Token is a rescued 'Galgo' and was only 3-months-old when he came to live with Victoriano and his partner. Token had been badly abused, but now has an extremely happy life:

"Now he has a huge land to run free when he wants and a sofa to crash for the rest of the day."

Victoriano has been doing street art since he was 15. Driven by the thrill of creating something he shouldn't, he'd pass over the train tracks dividing up the small Spanish city he grew up in to practice his art on the sides of industrial walls.

He enjoys the speed of graffiti art, using it to capture an expressionist style of movement working from dark to light colours to "capture the essence rather than the details. I enjoy that challenge.

"I also like to add movement and personality to all my paintings by letting myself go and lose control of the can for a bit. I do enjoy a bit of anti-style graffiti too."

Victoriano is a fast painter, so he chose to set himself a challenge for Upfest. Travelling from Denmark to paint the wall on North St he knew he'd be finished quickly and wanted to make his time at Upfest more worthwhile. His challenge was to paint the wall not once, but ten times during his visit. The finished product is a stunning animation of a greyhound racing to freedom.

Want to find out more about the Upfest 2022 murals? Take the Upfest stories and street art walk tour with the creators of Upfest, tickets from £10. 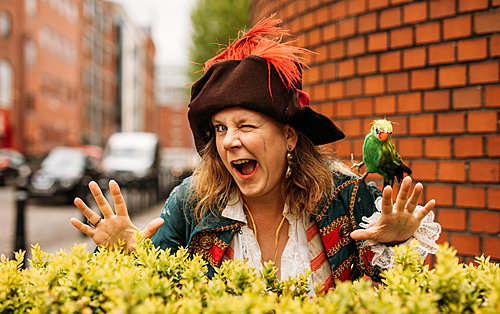 Top things to do with kids in Bristol this half term

From experiences perfect for kids, to days out that the whole family can enjoy, here are our top picks to book now fo... 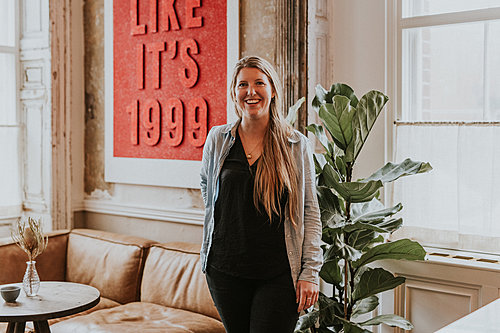 Small business owner Ysemay has a three-legged cat called Smudge and is THE mac 'n' cheese hustler of Alp Mac!

Sign up to our newsletter to receive a £10 off promo code towards your first experience if you book before 31 July 2022.