Angie is an actor, writer and stand up comedian with over 15 years’ experience creating and presenting shows. She relishes in sharing her unique take on creativity, hosting experiences that spark fun and go beyond comedy, spanning personal growth, presenting and more. Angie regularly comperes Glastonbury Festival’s raucous Cabaret Tent and is an accomplished stand-up comedian and writer - her shows even come highly recommended by Phil Jupitus. Her show “Mythical Creature” won North East Theatre Guide’s best show at Edinburgh Festival and she gained 3rd Place in What The Frocks’ best UK Comedy Newcomer competition 2015. A proud graduate of The Institute for the Development of Human Potential, she holds a masters diploma in Humanistic Psychology for Facilitation, Leadership and coaching and she is also stand up comedy tutor on Circomedia’s BA course in Contemporary Performing Arts. As a comedy club promoter, Angie regularly books comedy talent and produces over 40 shows a year with her AFTERMIRTH comedy club around the South West and Wales. 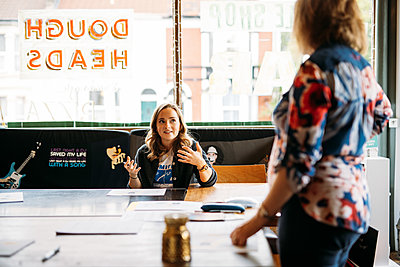 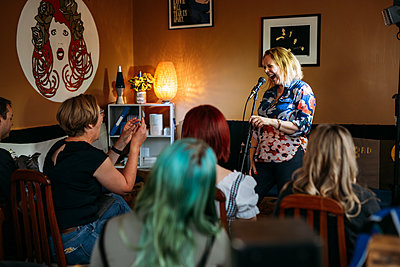